Evening tunes. I love Scott Walkers solo stuff much more then the Walker Brothers, tho their late seventies release is pretty odd and great. Even if you are not a fan I would recommend the documentary 30TH CENTURY MAN made during the recording of Drift. I prefer the earlier stuff but its fascinating (to me anyway).  TCM is showing a Truffaut films I haven't seen tonight as well which I'm looking forward to, and a rarely screened film is coming up in the weeks ahead. 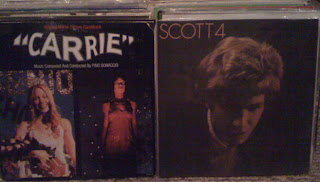