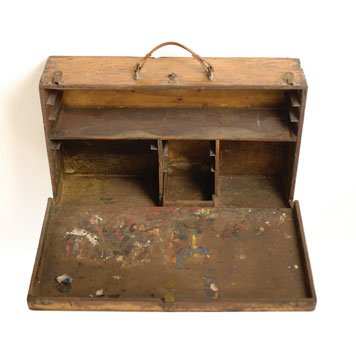 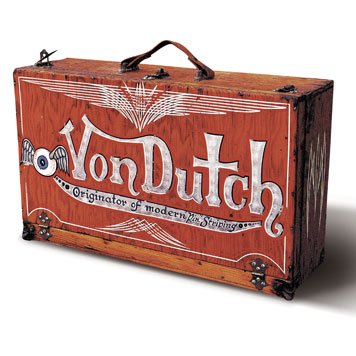 I remember the first time I saw a Von Dutch baseball cap and was surprised how that name had became a brand.

On Ebay the fantastic Von Dutch's, [originator of hot rod pinstripping], paint box just sold for a whopping $270 000 .00
I wonder if Paris Hilton bought and is going to use it as a purse.


Without question, the all original Paint Box we have the pleasure of offering here is one of the most important personal pieces of Von Dutch memorabilia ever offered for sale to date. This is the actual paint box carried by both Von Dutch and most impressively, his father throughout both their legendary careers. The story begins in the 1930s with Walker Howard, father of Kenneth Howard aka Von Dutch, who was one of the most respected sign painters in all of Los Angeles. The young Kenneth Howard was said to accompany his father on many of his jobs, and legend now relates that Howard could paint and letter at a professional level at the age of 10. Though the paint box first belonged to Wally Howard, it was passed on to his son, Kenneth Howard now known as Von Dutch, who continued to use and treasure his paint box and family heirloom for the rest of his painting career and life.
Posted by Drazen at 9:36 AM 8 comments:

so heres some pics from Costa Rica
The volcano crater had erupted the week before and when were up there Alison [my wife] was interviewed by a newpaper about why would we come up here if it was still dangerous. We had no idea it still was. It was funny seeing her picture
on front page of the paper the next day tho. Thats her ziplining too which was a blast.
and feeding the white throated capucin monkey the fruit of the cashew nut tree. 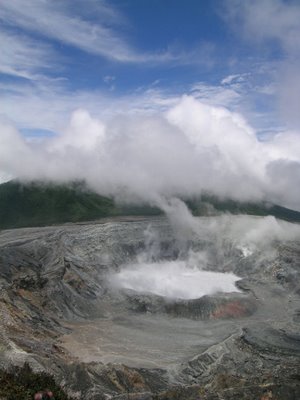 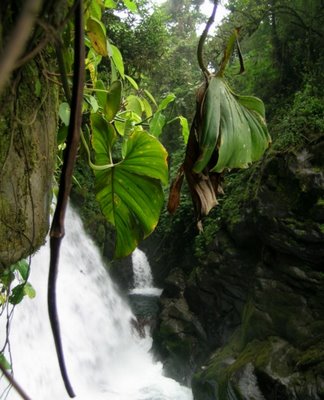 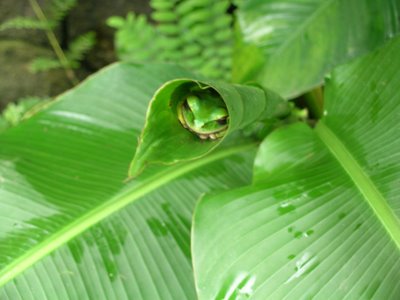 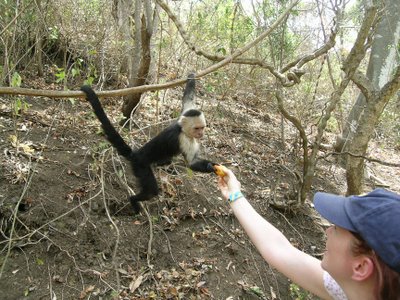 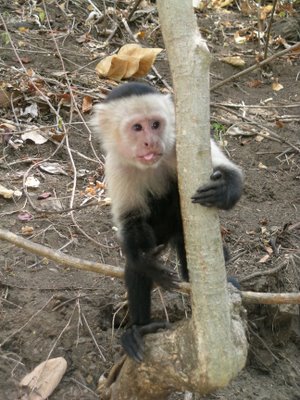 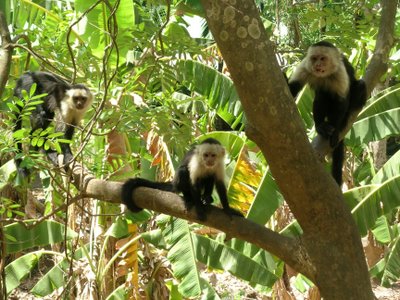 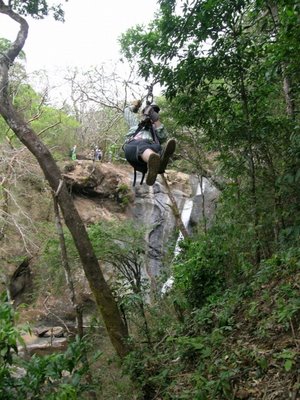 So Heres some sketches from a recent trip to Costa Rica.
I loved it, went horseback riding up the hills and zip lining down waterfalls, fed Capucin monkeys in the wild and
saw a volcano that had erupted the previous week.
sadly none of my sketches capture that excitement, mostly these were done lounging around the pool with drink or on the way to somewhere, like the bus taking up us to the volcano.
I'll post some pics of monkeys in a bit. 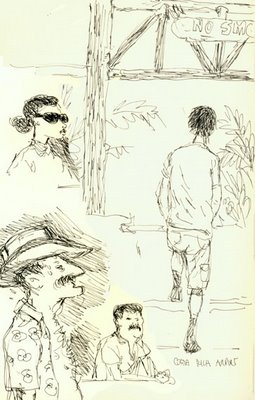 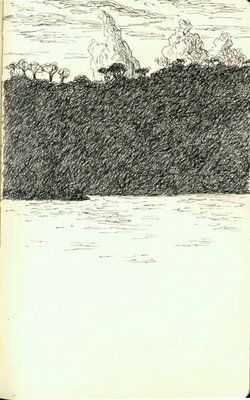 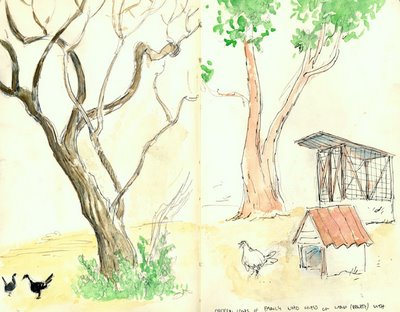 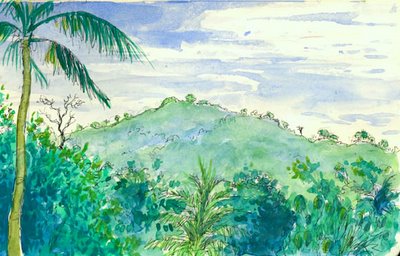 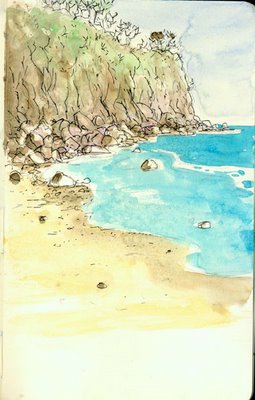 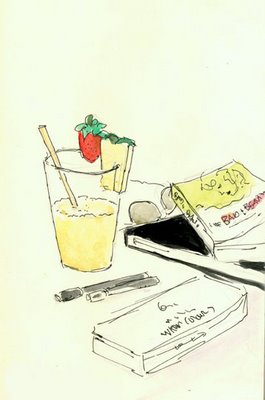 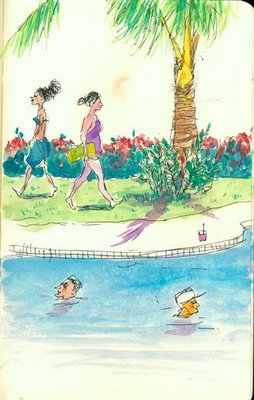 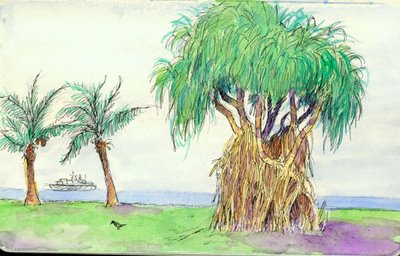 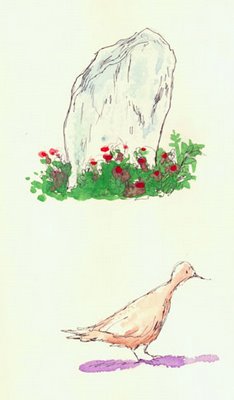 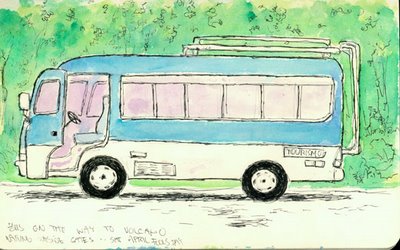 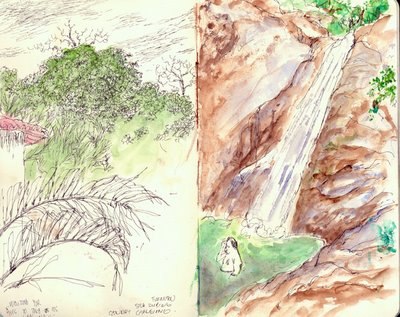 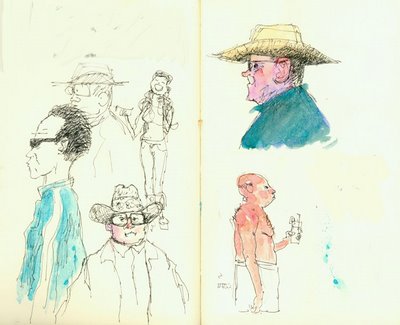 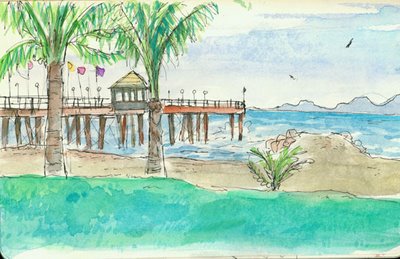 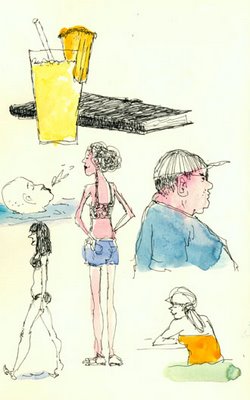 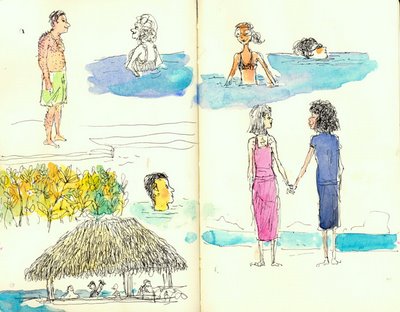