I don't have any interest in the new Star Wars movie, I haven't seen any of the recent three, and I'm not a particular fan of the first three but I do get nostalgic about making a racket in my teenage band. 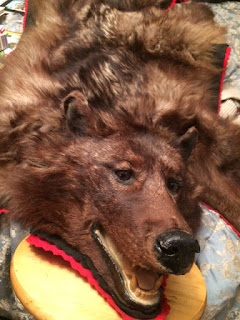 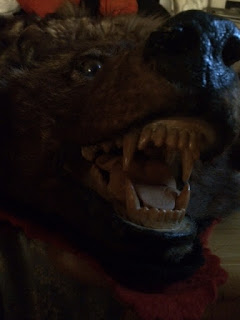 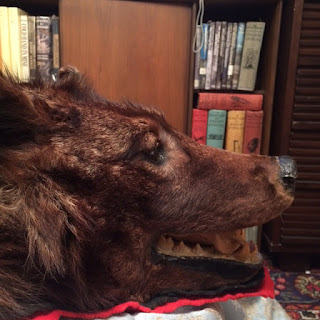 Posted by Drazen at 8:22 AM No comments:

watching a couple of favorite Christmas movies on the weekend. THE MAN WHO CAME TO DINNER and HOLIDAY AFFAIR. Also came across a first season of Buffy for a couple of bucks so I'm finally going to watch that show. 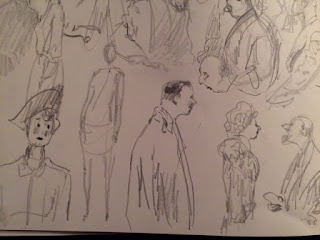 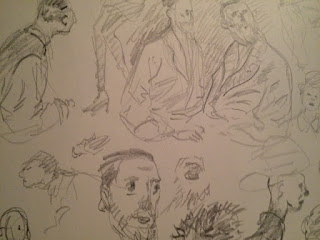 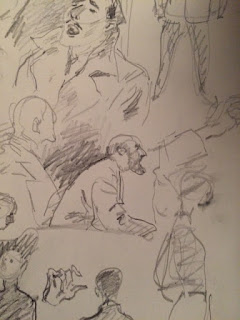 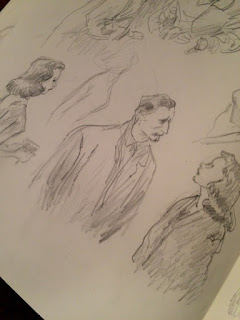 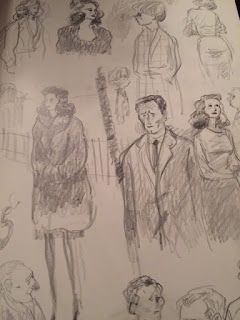 Posted by Drazen at 8:45 AM No comments: 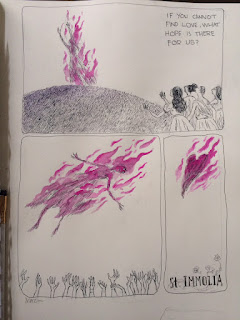 I'm a huge  fan of  early American illustration  and most original art of the artists are  way out of my budget range. I would love to own more original art but I'm pretty happy with a few of my pieces. One of my favorites is this Pruett Carter oil from a 1950's LADIES HOME JOURNAL (a copy  of which I still have to track down). Carter was inducted into the Illustrators Hall of Fame in 1988. Like many commercial illustrators his technique changed with the times from the more bravura, moody brushwork of the twenties/thirties to the more graphic playful mid fifties work.  My piece falls a bit in between, not as graphic as later pieces but still simpler and brighter then the earlier pieces.  What is the same is brilliant  draughtsmanship, composition and handling of paint all on show in the painting I have. Heck I even love the chickens, and some of the looser light patches really come together if you stand at a distance. Having gone to shows and galleries to see works likes this its pretty cool having one around all the time.  I love everything about this painting even the original frame and the notes to the magazine on the back. Carter was a real master and taught at Chouinard in California and his students include favorite Disney designers like Mary Blair. Sadly they're is a dark and tragic side to the story (yup:-), no one knows exactly why but on November 30 1955 Carter shot his son and wife before taking his own life. Its interesting to me that he painted images and for magazines of the perfect  or idealized way of American life in the 50's yet he was clearly troubled inside. Its a sad end to magnificent body of work. 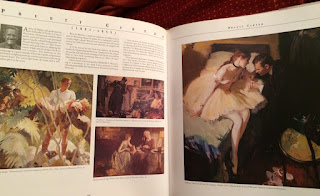 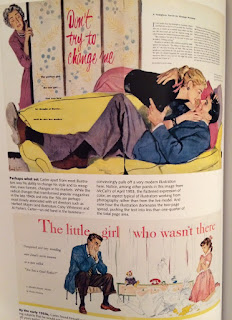 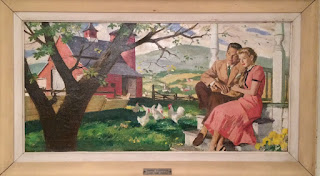 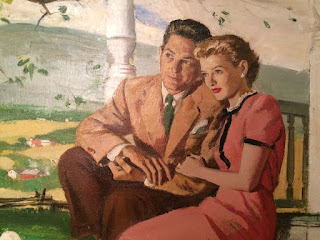 Posted by Drazen at 9:09 AM No comments:

Woman history that I found riveting.  Leads you through the fascinating (and  yes, secret) life of the creator and his ties to  the feminist movement of the early 1900's. Marston lived with two women his life, Elizabeth Holloway and Olive Byrne and had kids with them both (tho Olive's children were never told he was the fatther).  Elizabeth and Olive remained together till  their death many years later. Olive was a niece Margaret Sanger, champion of woman's rights and birth control that eventually morphed into Planned Parenthood. The artist of the  Marston stories, Peter, was a cartoonist on early feminist papers like The Woman Rebel from around 1916. There's also lots about why Wonder Woman is always tied up during the Marston years and its not just kinky. Fascinating stuff. 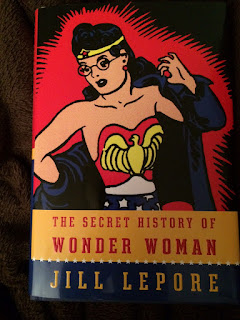 I've always had this early 70's  comp of 40's stories and reprints in comics, I feel like picking up
some other archive editions now. 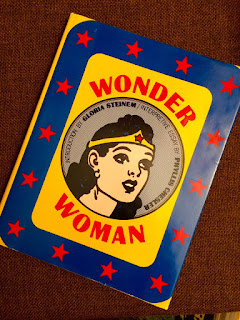 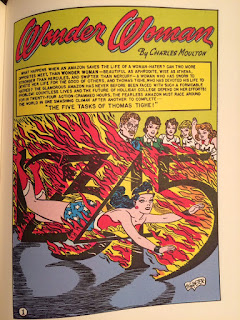 Posted by Drazen at 4:51 AM No comments: