So after being woken at 5 by Igor asking for his food I ignored him (till 6) and finished the 3 page epilogue bit in The Lost Cavern. Neat little story with some great passages of writing in it. A nice poetic pessimism mixed with mostly a black humor detachment describing this descent below to this hive of bat monsters..whats not to like. I'd only read a couple of Heard stories before as well as A Taste Of Honey (which was made into the film The Killer Bees) and enjoyed them so I picked up this  which I think is a pretty terrific cover.  PYGMY ISLAND was on TCM so I made some coffee and watched that. 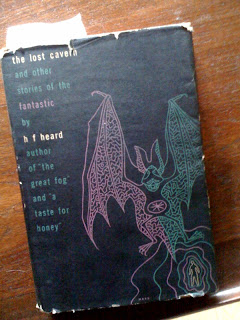 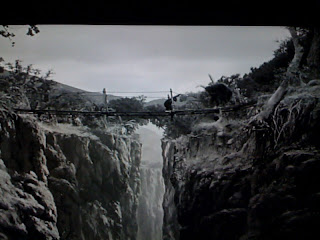 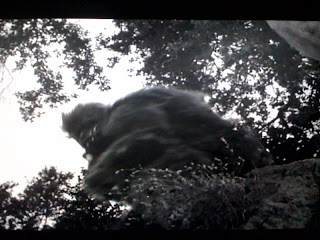 Super fun movie that had it all, apes, Bush Demons, savage animals, quick sand, evil hunters and tribe of pygmies decked out with lids like they would make a ferocious sixties garage rock band.

After that a bike ride by the beach. 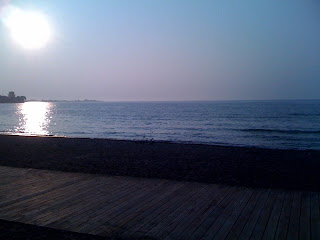 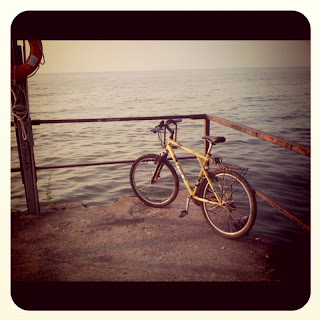 This is not by the beach.. 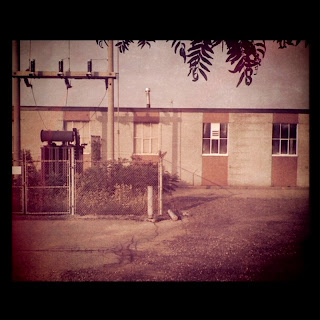 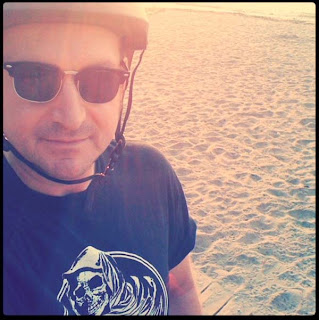 Got this great t-shirt  yesterday from Steve Banes who runs the awesome Horrors of it All blog for pre code horror comics which I've mentioned before.. what a pal! 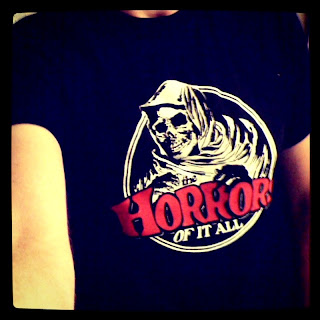 Then home to make some breakfast (eggs got left on a wee bit too long) . Pantone made a perfect Happy Undertaker orange coffee cup (sorry coffee haters)  like it was meant for me and my breakfast re-reading. 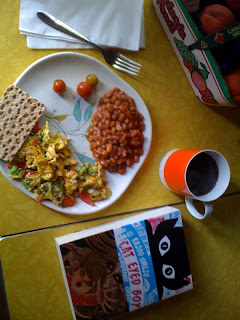 Now to the drawing board as they say....