As I was straightening some stuff up my new 3d camera arrived. I have no idea if I'm going to like it but  I loved the old stereoscopic Diaboleries book so much I ordered one. 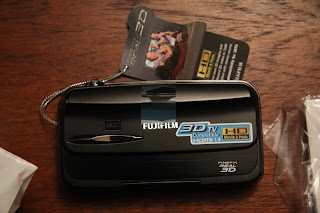 As a punk rock teenager I started doing artwork for bands which I did for awhile here and there including a one hit wonder pop/hip hop band that I had mentioned to someone and it was a group they loved. This artwork is not from that band but various death metal/industrial/punk bands and it still makes me chuckle. 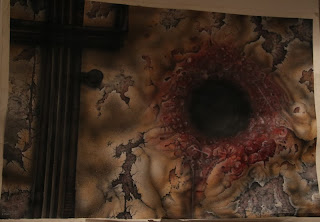 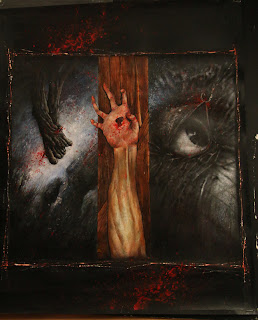 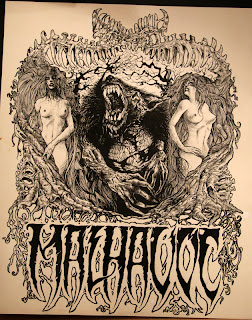 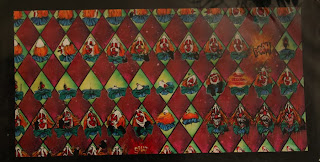 Every now and then I pull out original artwork for the complete issue of Paul Terry Comics #114. I have no idea who did the art but I love it. And my original Richard Sala. 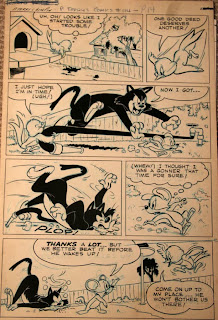 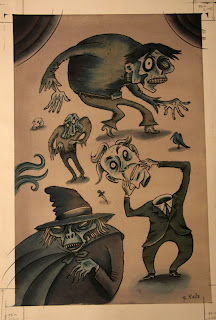 Great emotion in the work!