Its been a heckuva month. I wrapped up my next children's book dealing with the American Revolution
of which I've posted some clouds below, tho I'll post more later when it gets closer to publishing time. Like Jefferson said "I hold that a little rebellion now and then is a good thing".
I sent off my story and illustrations for a Lovecraft anthology of which I've posted some dead mice below and I'll talk more about later, and  I ended the week with a email saying William Peter Blatty thought my work was wonderful (excuse the back pat  but he wrote the Exorcist!:-))
which was a  pretty friggin big surprise being a huge Exorcist fan and something I was never expecting to see in my inbox:-).  It ties in with a project down the road which hopefully I'll have more to say about if it all comes together.  Anyway I'll get back to catching up on stuff finally and also  I'm beginning illustrations for a large collection of  one of my  favorite Victorian ghost story/weird writers which I'm unbelievably excited about, so I'll be neck deep in cursed abbeys, doomed bloodlines and all manner of haunted souls. Where else would you want to be. 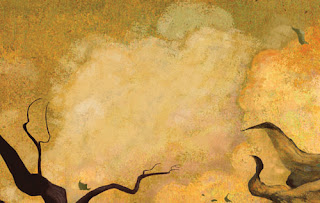 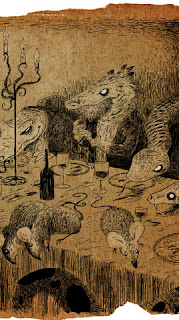