I, like many others, was saddened to hear of the passing away of Jean Giraud aka Moebius one of the giants of comics. Its difficult to describe the effect his work had on you when you first saw it. The  cosmic power of comics comes to mind. Rarely is someone able to make you enter a new world that seems to really exist even if you can't understand it. He constantly showed new wonders and futuristic and otherworldly landscapes and possiblities.  His draughtsman was flawless and only exceeded by his imagination. Blueberry, the cowboy strip is one of my favourite things of his. His rolling western plains, incredible compositions  and feeling for texture are a inspiration. He was someone whose work never diminished in power and honestly I thought he would be drawing forever. 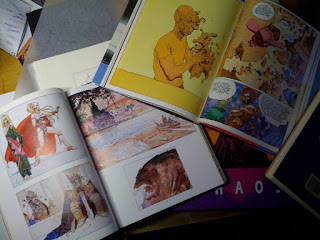 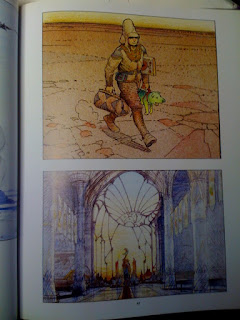 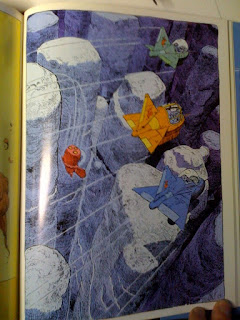