Over at AEET Karswell posted an amazing Man Bat story by Frank Robbins. I love Robbins work. As a kid I remember seeing his stuff and going " meh 'when I didn't know better, now he's one of the guys who did superhero comics in the seventies  that I pick up if I run across the issues. I"m also consumed by rage  ( not really but it does bum me out) when I think of being outbid on a unpublished Vampire story by him several years ago. I would like to own a original of his one day.  My favorite period for Batman is 40's to 60's but I just love these pages, the art just vibrates. 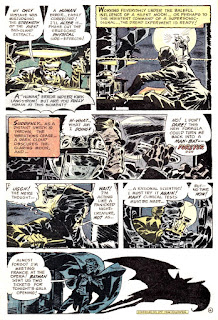 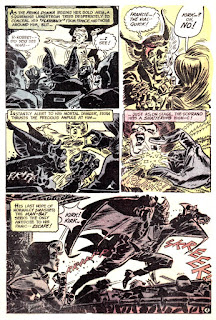